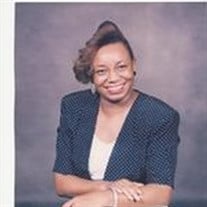 Reverend Carolyn R. Gore, age 58, entered into eternal rest on June 12, 2007 at Candler Hospital. She was born in Screven County, but lived in Savannah most of her life. She retired from the Chatham County public school system. She was a member... View Obituary & Service Information

The family of Carolyn R. Gore created this Life Tributes page to make it easy to share your memories.

Send flowers to the Gore family.