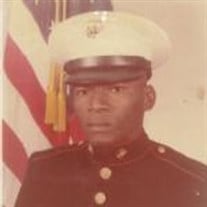 Mr. Darnell "Unc" Martin, 55 made his eternal transition May 15, 2010 at home surrounded by his loving family. He was born in Savannah, GA, to John P. Martin, who preceded him death and Rose M. Martin. Darnell attended the Savannah Chatham... View Obituary & Service Information

The family of Darnell L. Martin created this Life Tributes page to make it easy to share your memories.

Mr. Darnell &quot;Unc&quot; Martin, 55 made his eternal transition May...

Send flowers to the Martin family.