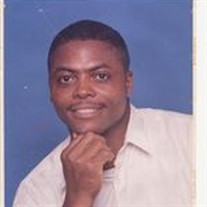 Fredrick Griffin, age 47, passed away at Hospice of Savannah on June 12, 2007. He was preceded in death by one son, Daron Griffin. He leaves to cherish his memories: father, Rufus Griffin; two sons, Fredrick D. Griffin Jr. and Dirlyn Griffin;... View Obituary & Service Information

The family of Fredrick Griffin created this Life Tributes page to make it easy to share your memories.

Fredrick Griffin, age 47, passed away at Hospice of Savannah...

Send flowers to the Griffin family.