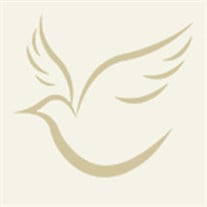 John Knox Thorsen died Wednesday, November 9th of a heart attack resulting from complications following recent hip surgery. Born in Chicago in 1929, John moved his family to Savannah in 1966 owing to his great love of history, architecture and historic preservation. He was a founder of the Downtown Neighborhood Association, a member of the Dansk Society and many other civic organizations. In 1974, John started his own real estate firm, Historic Properties, which was the first of its kind, selling only properties within the historic district. Later he undertook the restoration of over 20 homes including his favorite, the Francis S. Bartow house on Barnard and Harris Streets. John was a proud Dane, an avid music enthusiast which included a love of Johnny Mercer, Kenny Palmer, Emma Kelley and 1920's & 30's jazz . He possessed an active mind that followed his innate curiosity about all facets of history, religion, politics, sports, chess, travel, gardens and the New York Times crossword puzzle. He leaves behind his devoted and loving wife of 56 years, Pat and their two children, John Jr. (East Hampton, NY) and Leslie Thorsen Bensley (Morristown, NJ), as well as his grandchildren Sam Bensley, Eliza Bensley and Miles Thorsen, son-in-law Charles Bensley, his brother James B. Thorsen and many cousins and extended family, all of whom mourn his passing. His son Samuel Miles Knox Thorsen died in 1991.

The family of John Knox Thorsen created this Life Tributes page to make it easy to share your memories.

Send flowers to the Thorsen family.