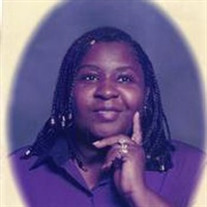 Mrs. Margaret B. McGee, 60, passed away at Candler Hospital on Monday, June 27, 2011. She was a native of Savannah, GA. Mrs. McGee was a member of Jerusalem Baptist Church where she sang in the choir. She leaves to cherish her memories:... View Obituary & Service Information

The family of Margaret Brown McGee created this Life Tributes page to make it easy to share your memories.

Mrs. Margaret B. McGee, 60, passed away at Candler Hospital on...

Send flowers to the McGee family.